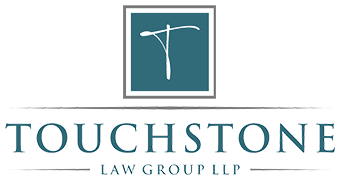 Informative writings by Una, Jennette, and Dani on a variety of frequently asked law questions

Touchstone Law Group LLP’s administrative team is responsible for keeping the office running smoothly and efficiently every day. They are the first ones you speak to on the phone and the first ones you see at the office. They are also responsible for maintaining our accounts and records – which is absolutely essential in a legal practice. Here is a little bit more about the wonderful women who make up the administration team at Touchstone Law Group LLP:

Karla joined the Touchstone Law Group LLP team in July 2015. She moved to Kelowna after growing up on a farm in the small town of Drake, Saskatchewan. Karla is our Office Administrator when she’s not being a jack of all trades in the office juggling tasks. Karla enjoys playing pool with the Kelowna 8 Ball Association. During the summer Karla spends time relaxing on her beach property on Okanagan Lake.

Melanie joined the Touchstone Law Group LLP team in October 2016 as our front of house Receptionist. She was born and raised in Vegreville, Alberta which is known for being the home of the largest Easter Egg! Melanie moved to Kelowna in 2011 along with her husband and son Jesse. When not juggling phones and assisting clients, Melanie can be found curled up with a good book or out boating on one of Kelowna’s fine lakes.

Theresa joined the Touchstone Law Group LLP team in March 2017 to create the Receptionist duo (alongside Melanie). After graduating with a Bachelor of Fine Arts Theresa travelled to Africa, Australia and South America and finally set her sights on Kelowna. When Theresa is not in the office helping out with phone calls and emails, you can find her in the great outdoors exploring the many beautiful mountain hiking destinations Kelowna and the surrounding areas have to offer.

Touchstone Law Group LLP opened its doors in Kelowna in October, 2012 as a boutique solicitor law firm. Una Gabie and Jennette Vopicka are the founding partners through their respective personal law corporations.